The great American eclipse of 2017 was a hectic event for the states where totality passed, especially Oregon.  An influx of nearly 1 million visitors was projected that could lead to fuel shortages, traffic jams and even wildfire outbreaks. The eclipse was the main reasons i wanted to do this two week trip when i did. To say the least, my first trip to Oregon was a special one.

Our first stop after hitting the road from buddy Rich’s hometown of Reno was mount Shasta, a brief stop in California for sunset. After the sun set over the horizon and packed up, our first stop after, crossing state line to Oregon was the beautiful blue waters of Crater lake. 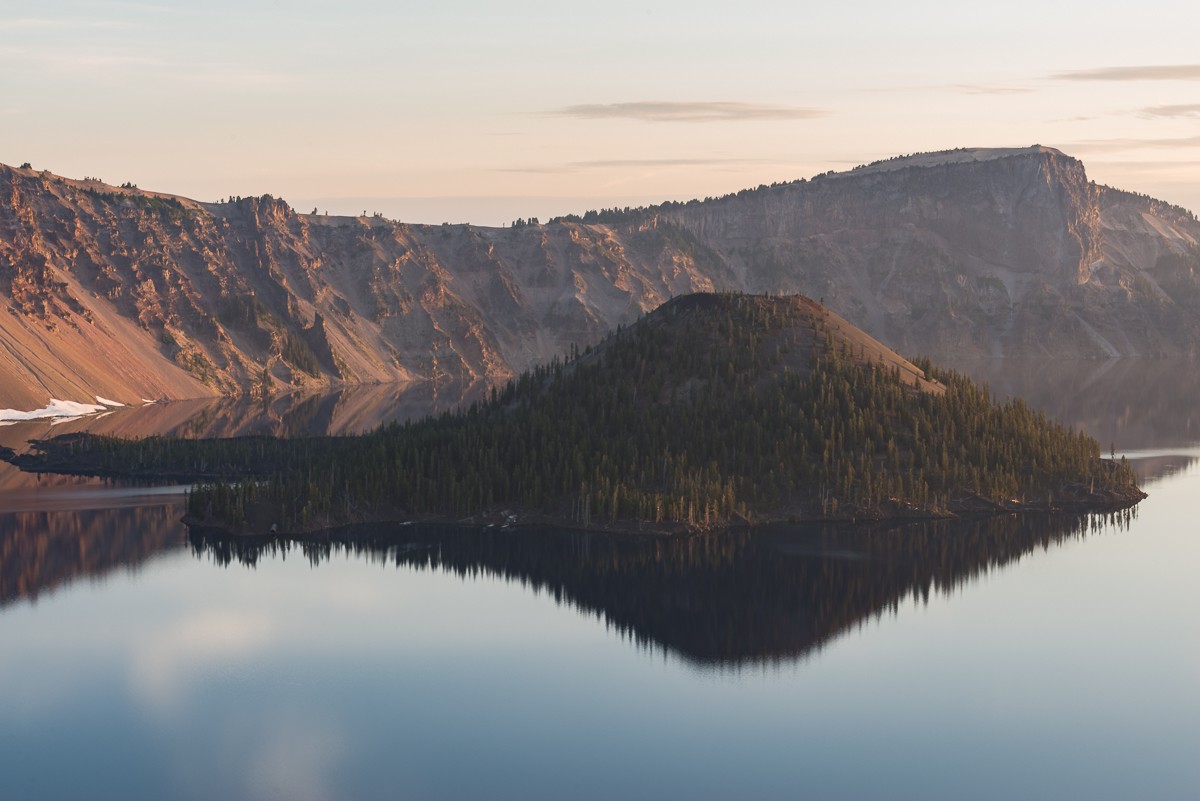 The west rim of crater lake was closed due to a wildfire, this was our first of many wildfire caused road blocks of the trip, so we set up at a spot that wasn’t exactly what we anticipated.  We found a little waterfall on our drive out that was a fun little stop then set forth towards the coast. Our next destination was Bandon beach, about four hours direct west.  This was one we spent a few days at to get some weather we wanted, but shot in rain and fog for the duration of the visit. Although we shot through the weather and caught up on much needed sleep during the afternoon hour, Bandon was a great start of our coastal drive north bound, providing inspiration to find more coastal landscapes. 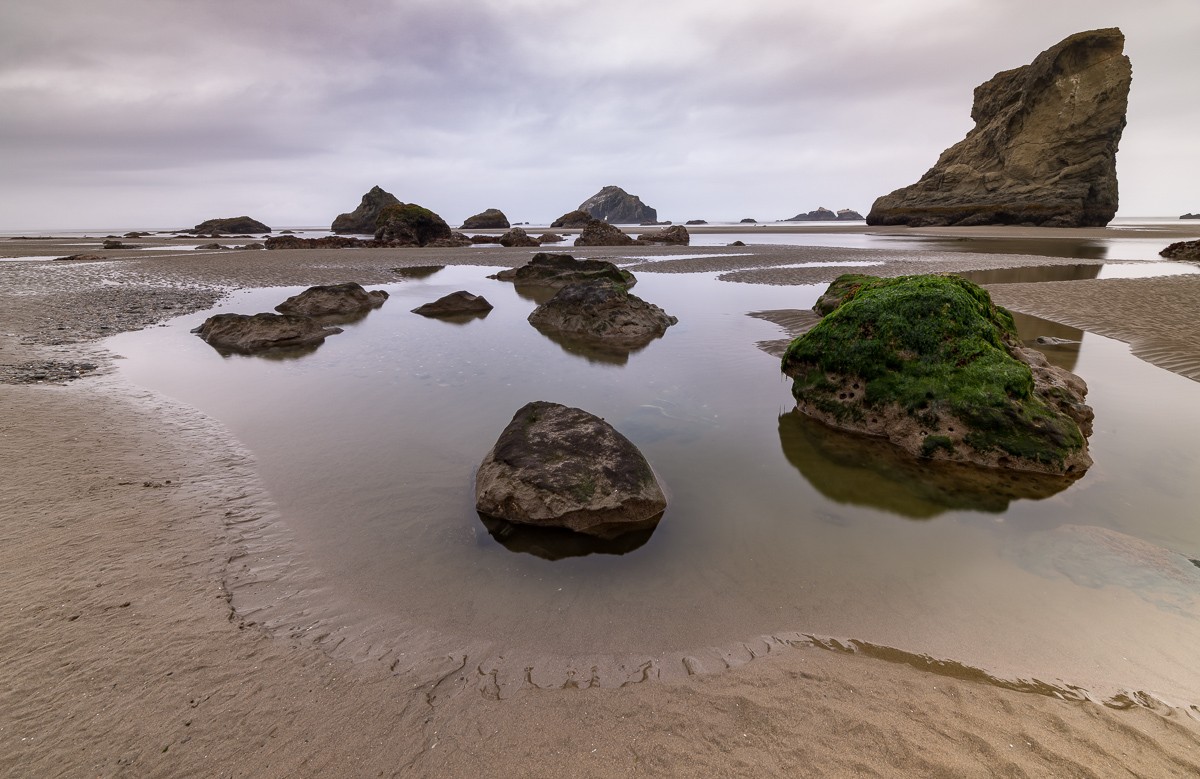 Our next stop was Cape Perpetua, a thick forested headland. Thors well and some other gems reside in this spot along the central Oregon coast. It was way more crowded than we expected. The tide was right for the well to have the water action we needed for our images. We waited out the crowd till the sun set and got a nice overhang of fog, setting a good mood for our photos. We continued our northern coastline voyage into Canon beach for some tacos and chill time before we hiked up some sandy, vertical terrain gaining higher viewpoints of haystack rock. After sunset, we went on a sticker hunt at some nearby shops, then headed to the Peter Iredale shipwreck in Fort Stevens to shoot some astrophotography. The ship, flooded in a small pool of water around it sat there in all its rusted  glory making amazing reflections on the stagnant water. This particular evening and we had the beach all to ourselves, framing up some wide shots of the ship under starry skies. The moon greeted us halfway through the session to illuminate the mossy carcus. Being at the end of the Oregon coastline, we skipped into Washington eager for some thick rainforest hikes and diverse ecosystems the peninsula contains. We dipped into some freezing cold glacier water to cool off and took a power nap before hiking rialto beach before sunset. 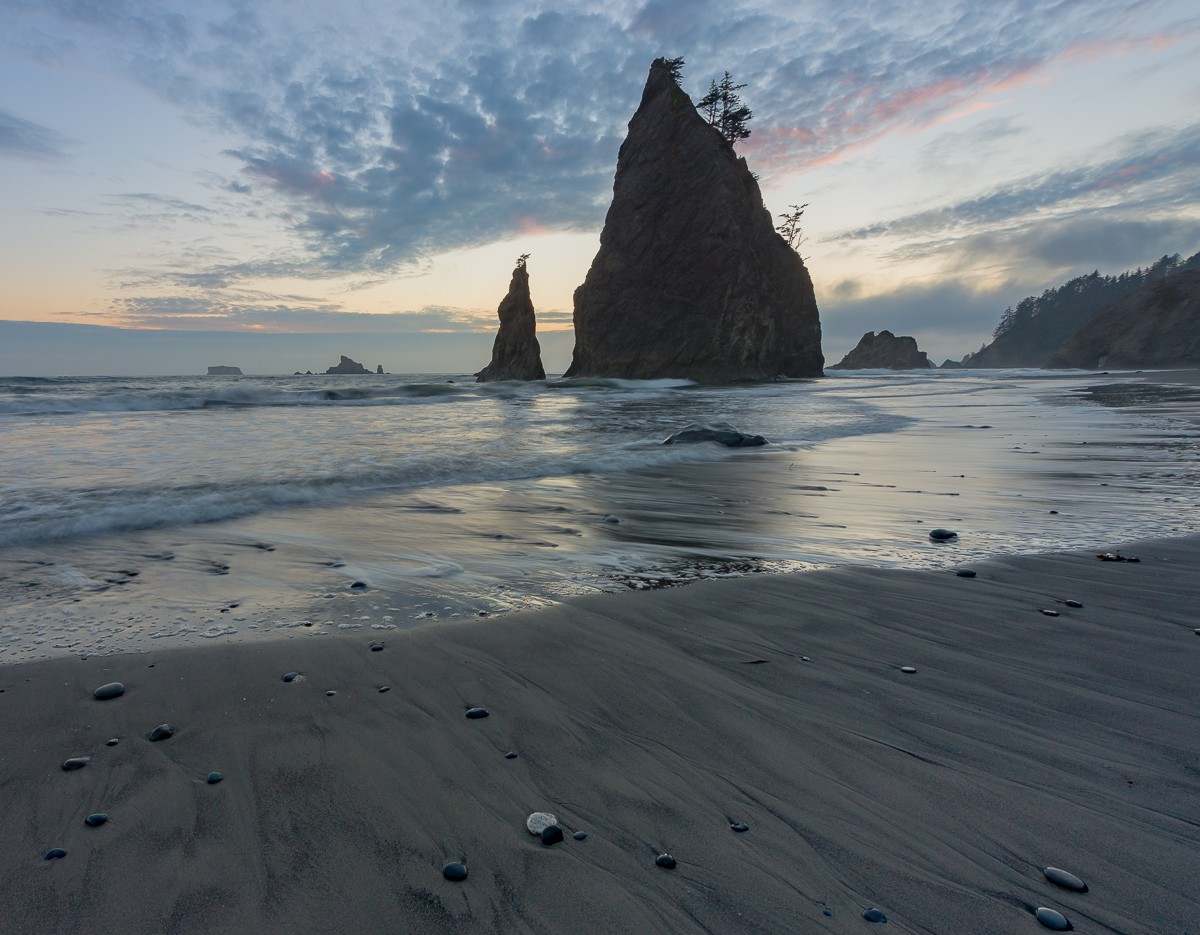 I was impressed by the powerful nature of the oceans coastline. The size of the downed trees on the beach was incredible, as well as the thick rainforest surrounding it. We hiked back to the car as day quickly turned to night and took some breaks, admiring the oceans changing tide as the moon rose along the way. After we reached the car and fueled up on food we headed to hoh rainforest for first light the next morning. Beating mostly every other guest and having an empty forest to shoot we got out of there before the crowd got too crazy. 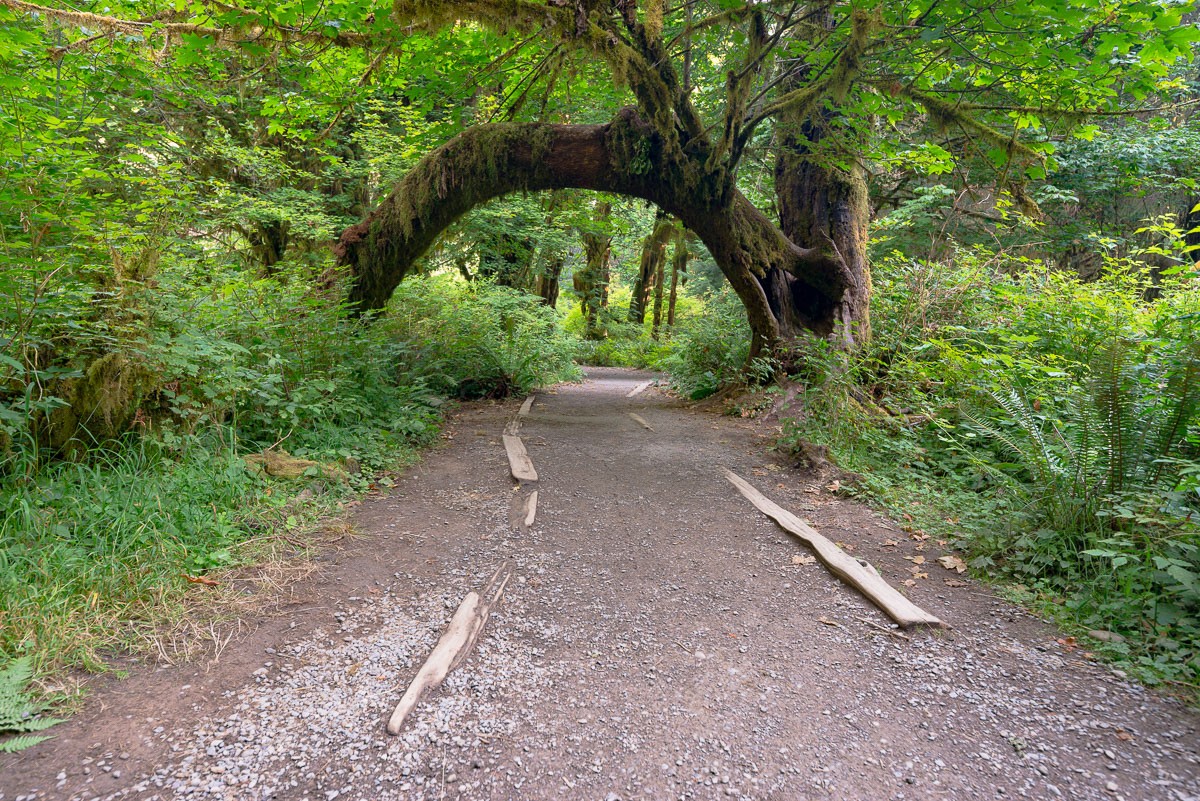 Next we did Shi Shi beach, a hike in the northern tip of the peninsula that was pretty rad. The hike started in a rich rainforest, eventually scaling down to sea level and continued on the beach towards vast spires off in the distance. Once we got to the location and the sun went down, some storms moved in making us rethink camping here for the evening. 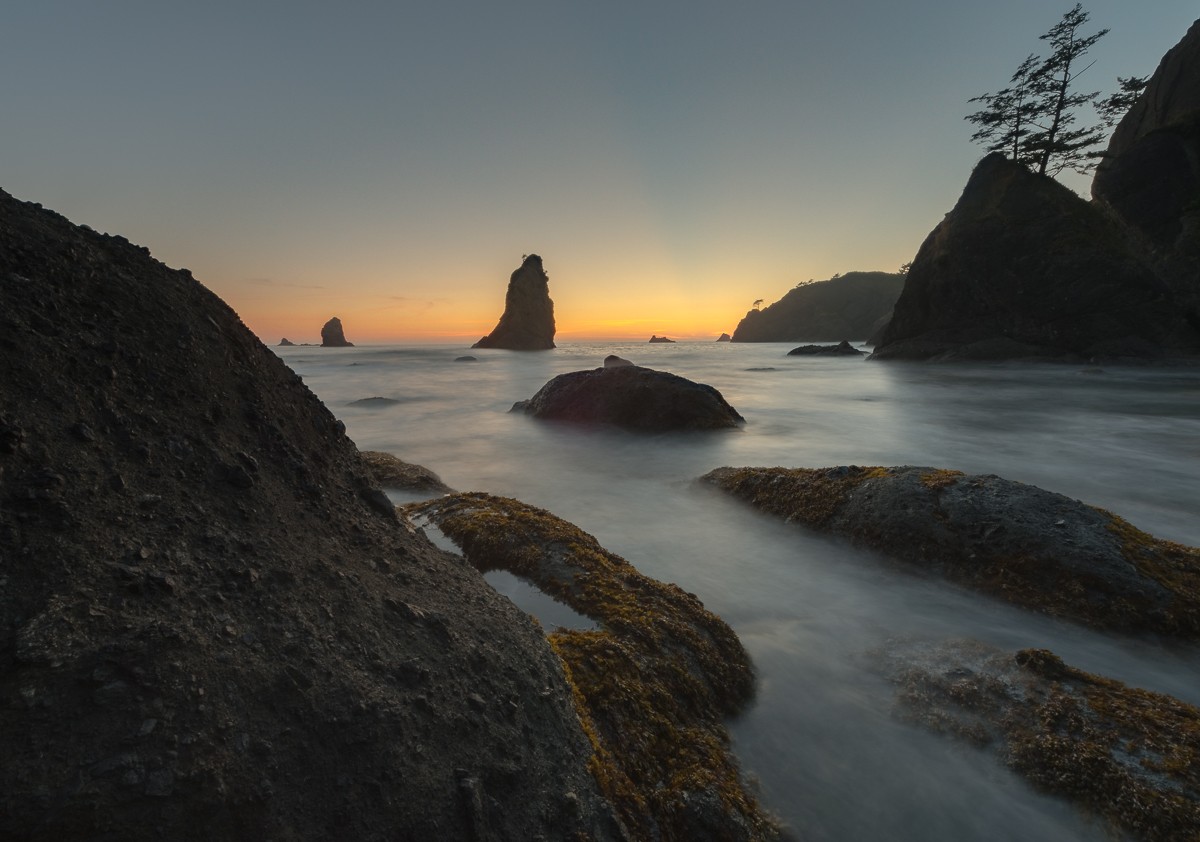 Once we made the hike back . We got back to a dead battery and received a jump from a local and hit the road to Seattle. We fueled up and shot some city views then continued on to big four mountain. The ice caves were something wild we got to experience. The dramatic weather change upon entering, and the cold water constantly dripping on your gear and your head made it a chilly one to shoot. I lasted only about 4o minutes in the cave before getting out to some sunlight. 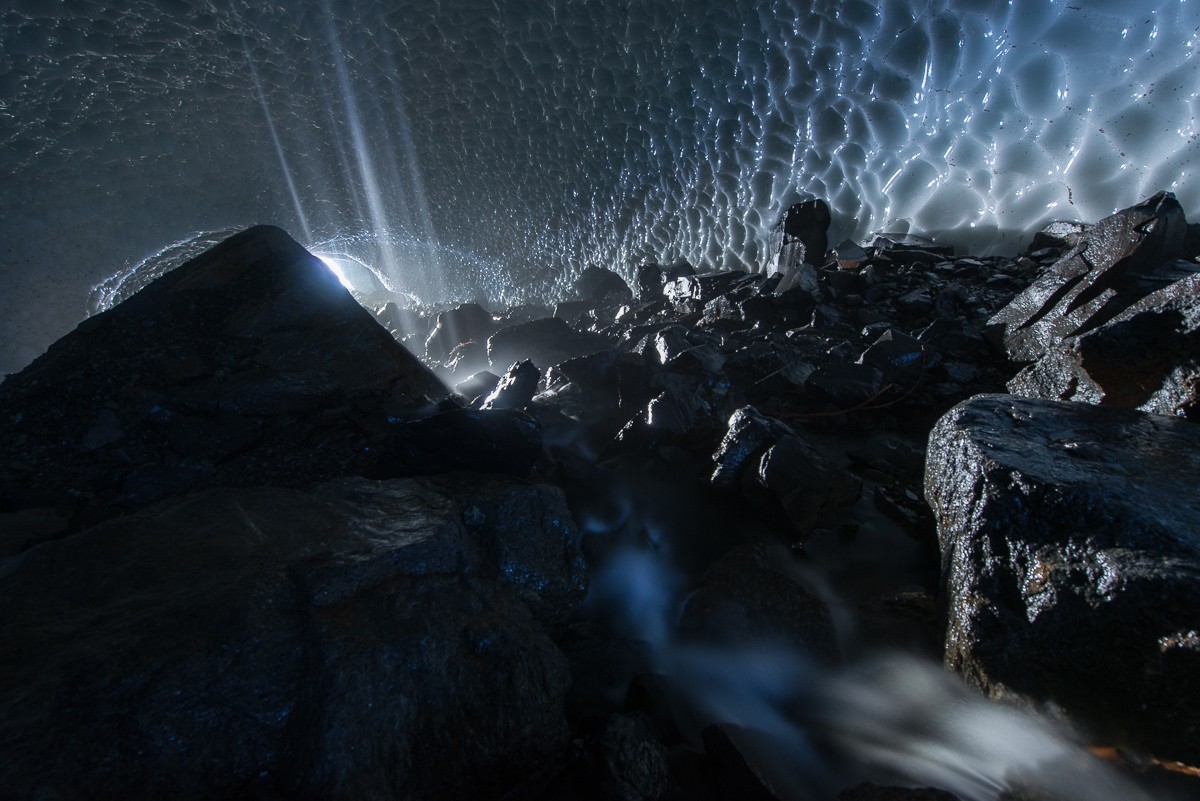 Afterward, we drove into Portland to get some camera equipment and rest up before heading into Columbia river gorge for a few days. Upon arriving before dawn, we saw some potential for a great sunrise and blindly made a move to find a location for photos before hiking back to oneonta gorge.  The area was crowded, so we did early morning hikes to some of the more well known spots like Oneonta gorge. After heading to Panther creek falls the next morning we decided to head towards our eclipse destination, Painted hills a day early. 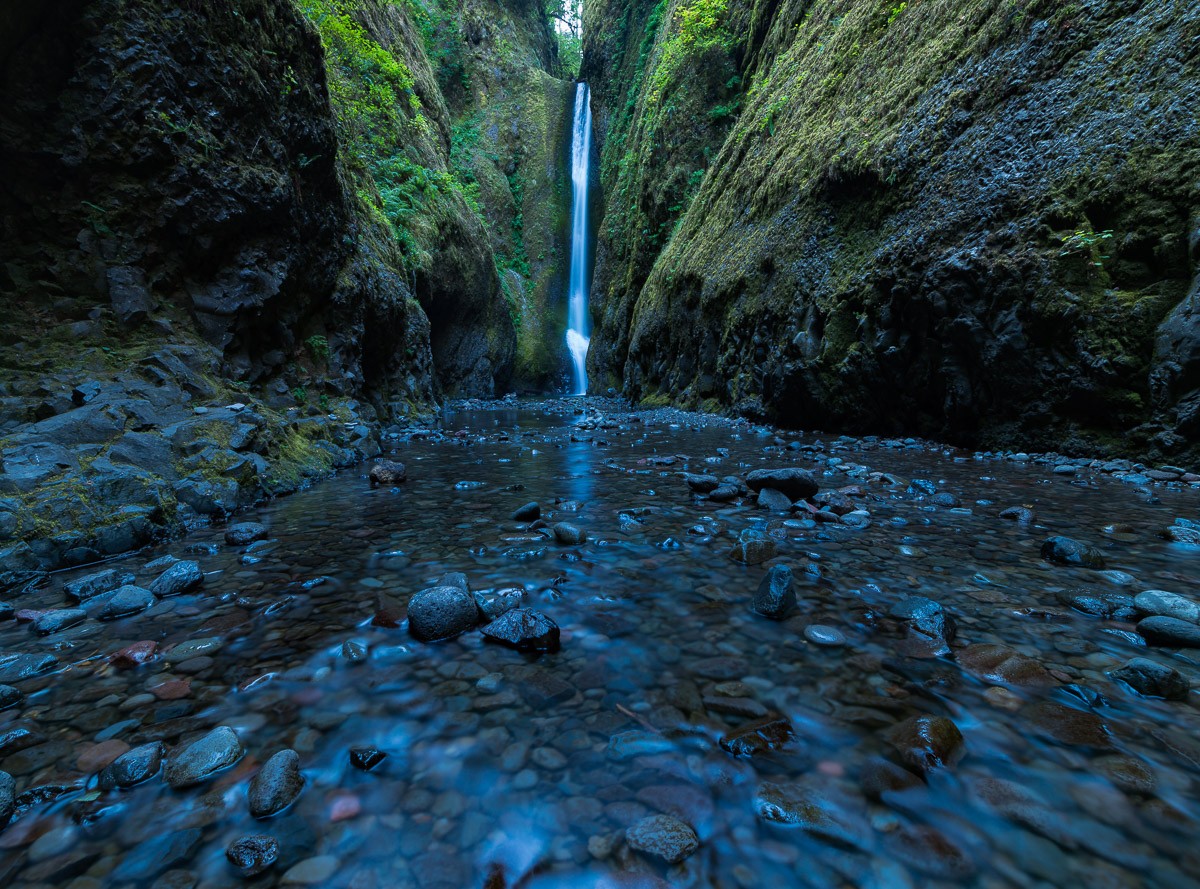 The eagle creek wildfire was burned through an area we drove through on our route. It was a sad sight seeing acres of beautiful forest destroyed. After getting further south, we found a campground and turned in as the sun set and continued the next morning towards John Day Fossil Beds. 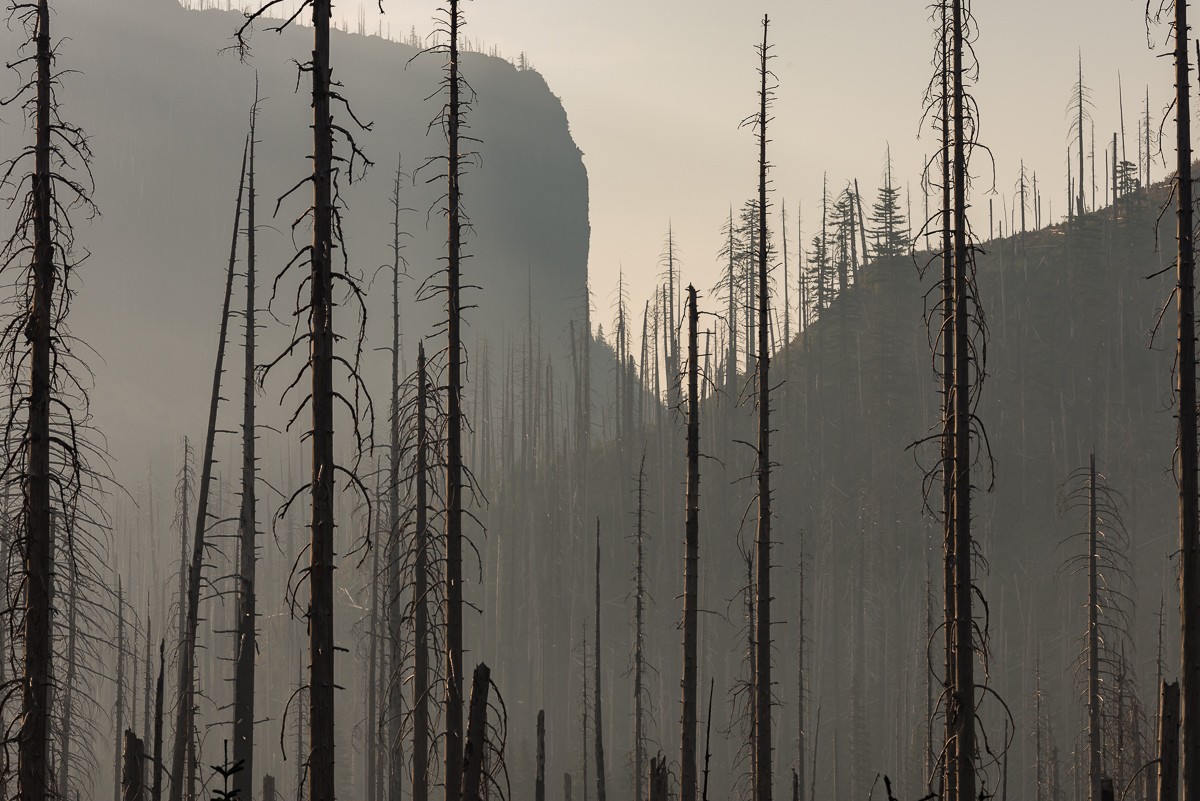 As imagined, it was like a free for all with parking. At least we got here a day early. We came across a field turned parking lot on the side of bear creek road, about a half mile from the entrance of painted hills. We watched the field fill among others, as well as people setting up shop on the shoulder of the road. Getting started on the hike overnight and get a good spot was crucial here. This was reported as the busiest day in the history of all 3 of the locations of the John Day Fossil Beds National Monument. The eclipse lit up the sky in a sunrise color 360 degrees around us as the moon crossed paths with the sun.  Spectators from all over the world were here cheering and applauding together from vista points all over the park, after witnessing totality. It was a great moment in the beautiful pacific northwest. 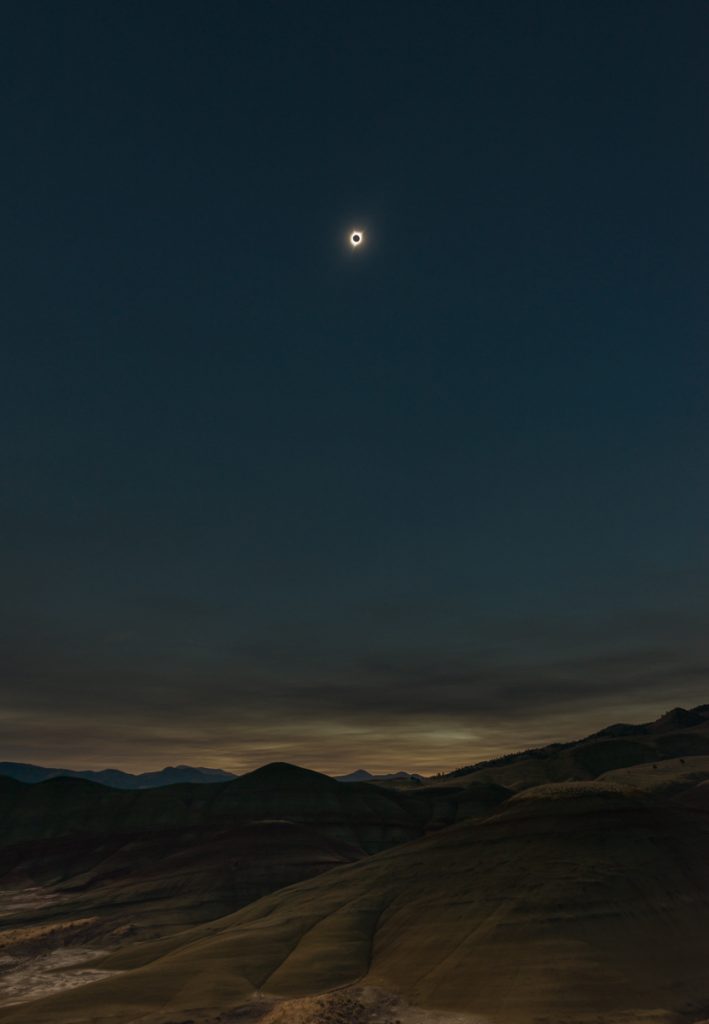